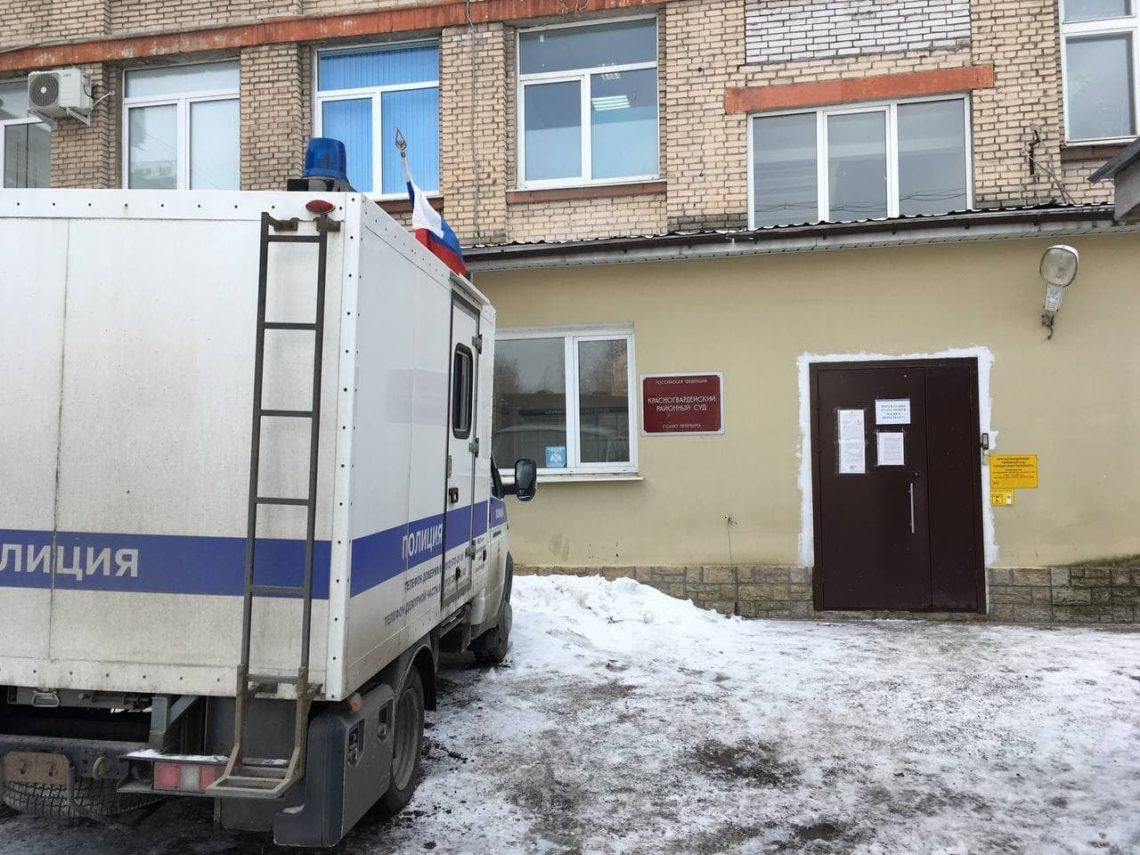 The consideration of the Davletova case continues in Krasnogvardeysky district court. Another hearing was held on March 19.

Our observer describes his visit to the court under the COVID restrictions:

«It was unexpectedly easy to get into the courthouse. The bailiff at the entrance didn’t even copy the passport information to the journal, being satisfied with a simple check. The secretary was surprised by public presence, but did not obstruct my activities.

There is no hearing schedule on the courtroom door, there are no schedules on information stands of the first floor.

The majority of people in the courthouse including the prosecutor in the Davletova case are not wearing masks, not to mention gloves.

20 minutes after the scheduled time the hearing was convened, it begins with the questioning of a witness. No sooner than I prepared my recorder, the witness introduced herself and started answering questions. The judge did not explain the witness her rights, stating that it is not the first time Merzoeva takes part in the trial – she was summoned to clarify some details.

The woman told about her work-related routine and how it clouded her memory.

The witness states that Davletova called her and asked to print the translation. Merzoeva printed it and gave it to the manager. During the previous hearing the witness claimed that she signed and stamped the documents, but the translation was not signed she was summoned again to clarify these irregularities. Merzoeva says that documents are frequently signed by colleagues, and she can not remember whether she signed Davletova’s translation personally.

At a certain moment Merzoeva reacts to the attorney’s questions, perceiving them as a form of pressure.

She is stopped by the judge:

– I already said that time has passed and I cannot answer his questions, but he wants to grind me down, – she defends herself. – You will not succeed. Stop getting on my nerves.

– I am not getting on your nerves. I am trying to figure out what instructions Zavirov gave you – responds the attorney.

The questioning failed to clarify which instructions Zairov gave. He made many calls on different matters that day – it is quite possible that Davletova’s translation was among them.

The translation was shown to the witness as requested by the prosecution. Merzoeva claimed that she only read the title of the document and did not familiarize herself with its contents. She could not remember anything else.

The prosecutor filed a petition to summon Anastasia Sysoeva, the manager, whom Merzoeva asked to deliver the documents to the court. The hearing was concluded after that.